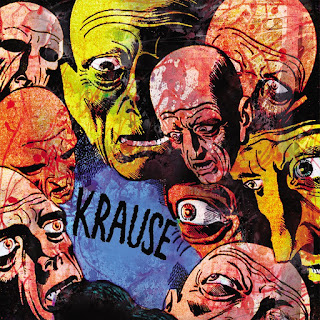 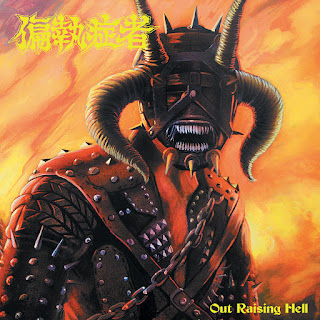 偏執症者 (Paranoid) - Out Raising Hell
Release: September 25, 2020
Label: D-Takt & Råpunk / Konton Crasher
Format: Vinyl / Digital
Length: 40:30
Genre: D-Beat / Thrash Metal Punk
Origin: Frösön, SwedenEven though the Japanese name 偏執症者 could lead to other assumptions, we're listening to a band from Sweden today. Henrik Låsgårdh (vocals/guitars), Joakim Staaf-Sylsjö (bass/vocals) and Emil Bergslid (drums) are presenting their third full-length album within five years. And as you might guess from looking at Anton Atanosov's cover artwork, it is about to get raw and heavy.
On ten tracks 偏執症者 play a powerful and brutal mix of D-Beat and Thrash Metal. Each song is defined by high-speed riffing and brachial insanity. Since all the titles are in Japanese, I will give you a little help here:
1. 晦冥勢力 (Dark Forces)
2. 機械仕掛けの殺戮者 (Mechanical Murderer)
3. まだ見ぬユートピア (Utopia not yet seen)
4. 光の館 (House of Light)
5. 墓場の目 (Cemetery Eyes)
6. 闇夜の火炎 (Dark Night Flames)
7. 汚れた支配者 (Dirty Ruler)
8. 狂気の端 (The Edge …
Post a Comment
Read more 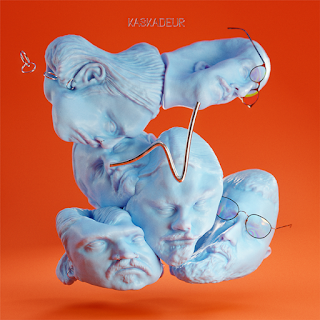 Kaskadeur - Uncanny Valley
Release: 25 September 2020
Label: Noisolution / Souldfood
Format: Vinyl / CD / Digital
Length: 36:19
Genre: Heavy Math Rock / Progressive Rock
Origin: Potsdam, GermanyIn Potsdam, the capital of Germany's federal state of Brandenburg, there once was a band called Stonehenge. They were known for their Doom-laden and progressive Stoner Rock. After several albums, EPs and plenty of shows the quartet decided that it was time for a change. Hence, the band was disbanded for good. Apparently, they even deleted their Bandcamp account.
But in a same breath, the four musicians founded their next band. And thus, we can now enjoy the first output under their new name Kaskadeur. Whether "Uncanny Valley" is a proper debut or not, one can argue. More important is the music presented on the 11-track album. The adjective fitting the most to the auditive presentation by Kaskadeur is anarchist. The quartet lets influences of their Stoner Rock past merge with the avantgard…
Post a Comment
Read more 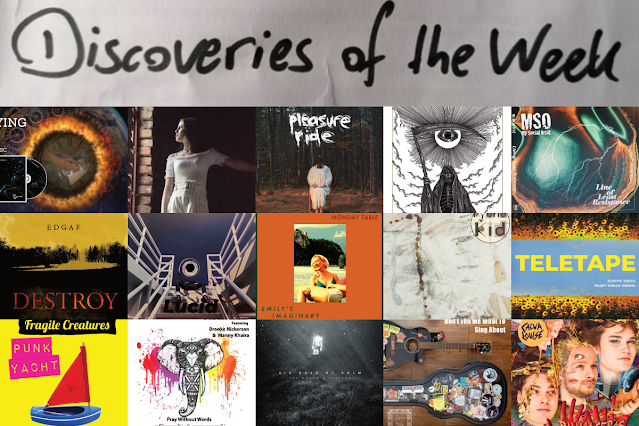 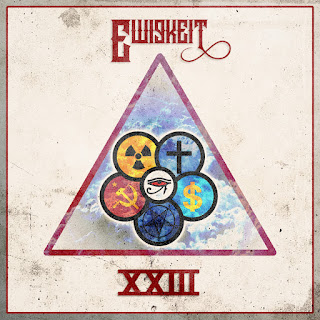 On "23" Ewigkeit sounds a lot different that on recent works. The music is still very progressive but a bit less experimental. Also, the Black Metal theme have almost completely been abandoned on this EP. Instead, Fogarty adds lots of elements from Doom Metal and Stoner Rock to the musical atmosphere on "23". Speaking of Doom Metal, the opening track 'Bring the Eschaton' (video above) speaks volumes. With this powerful track Ewigkeit sets the pace fot the EP: massive, heavy and nihilistic Prog Metal for the end of the world. 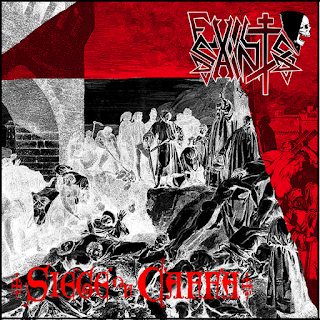 Evil Saints - Siege of Caffa
Release: September 11, 2020
Label: selfrelease
Format: Digital
Length: 07:33
Genre: Death Metal / Thrash Metal
Origin: Phoenix (Arizona), USA
Isaac (guitar, bass, vocals) and Reade (drums, vocals) are Evil Saints. The Arizonan duo's second single "Siege of Caffa" is a seven-minute grooving Death and Thrash Metal attrition. The self-recorded and self-released single deals with the first use of biological weapons known to historians. The municipality of Caffa is nowadays known as Feodossija and can be found on the peninsula of Crimea.
The song could use some more variation in my opinion. Given the fact that it is rather long, it appears a little monotonous. Might be, this is a stylistic device to emphasize the horrorrs of the siege. But especially when you listen to the song more than once in a row, it is pretty hard to tell whether you listened to it twice, thrice or even more often.
A heavily grooving riff is mincing its way through the song. It recei…
Post a Comment
Read more 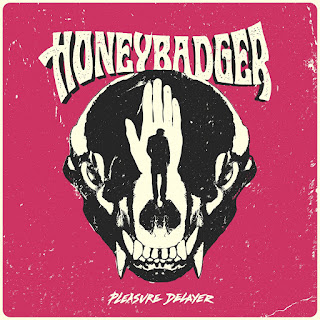 Honeybadger - Pleasure Delayer
Release: September 18, 2020 (Digital), November 01, 2020 (Vinyl)
Label: Made of Stone Recordings
Format: Vinyl / Digital
Length: 34:05
Genre: Heavy Rock / Desert Rock
Origin: Athens, GreeceI must say, I am really delighted with the amount of great music I receive from Greece. Today, another awesome band from the southern European country will be reviewed. Let me introduce you Honeybadger, a quartet from Athens. DimitrisVardoulakis (vocals and guitars), Dimitris Giannakopoulos (guitar), Dimitris Yannopoulos (bass), and Dimitr... err Vaggelis Oikunomou (drums and percussions) have recently released their first full-length album "Pleasure Delayer". Further support was given by Stephanie Stephanides who wrote the lyrics for the songs 'Holler' and 'Good for Nothing'.

Honeybadger were founded in 2014 and have so far published a four-track EP called "The Rain" and two singles announcing their first album. "Pleasure Delayer"…
Post a Comment
Read more
More posts