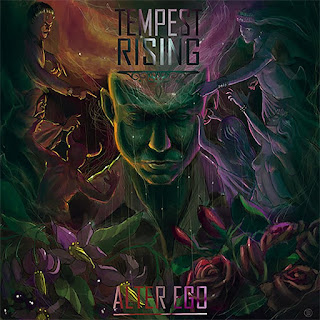 Above the harsh, brutal, intelligent and yet melodic soundscape there is vocalist Vin drawing the listeners' attention towards him. Deep growls flow into high-pitched clear parts, raw metallic singing gets interrupted by on point intense rap lines, and in between there are choral-like passages that remind me of both Benji Webbe and Jörg Ahrens. With this huge spectre of different voices Vin can easily change the themes of Tempest Rising's songs from blind rage to uprising or deep Weltschmerz. 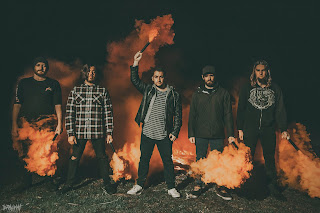 The twelve tracks on "Alter Ego" club, stomp, gallop, and mince straight forward. With 'Escape the Sky' there is one song with a little less speed which appears like a lunging for the last two powerful strikes 'Revolutionary' and 'Breathe'. Tempest Rising are not interested in taking prisoners. This is a merciless volley of fists. 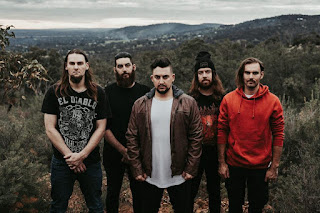 It is rare to find new bands in genres such as Hardcore, Thrash Metal, or Screamo which are both so unique in their sound and further so sophisticated in their songwriting. Tempest Rising have released a perfect soundtrack for demolishing things, yelling at people, and any kind of martial arts with "Alter Ego".