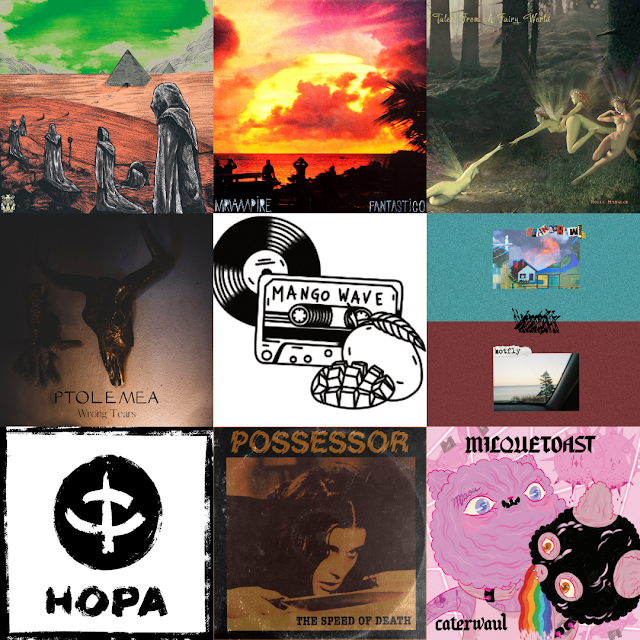 MrVampire - Fantastico (MR)
(20:07, EP, Digital, Bent Knee Records, 28/01/2022)
On their latest EP, MrVampire from Venice, California master the merging of Desert Rockesque laxity with the dark and melancholic atmosphere of Post Punk. Massively grooving bass lines mark the pace for these five tracks on which the Californian quartet  presents heavy riffs and thrilling arcs of suspense as in 'CNN' but also melodic and easygoing tunes like 'Wait'.

Holle Mangler - Tales from a Fairy World (Part 1) (MR)
(77:34, Album, CD/Digital, BONImedia Records, 24/12/2021)
This fourteen-track opus is the first part of a majestic story. It will be completed by its second part that we can expect to be out in late 2022 or early 2023. That leaes us enough time to dive into this deep and sweet sonic storry-telling done by Holle Mangler from Cologne, Germany. Driven by harmonic and triumphant Prog Rock, Canterbury, and Symphonic Rock, the narrative of a fairy village and its residents is told. The paradise these dainty creatures live in is endangered by evil forces. And thus, the fantastic and thrilling story begins.

Ptolemea - Wrong Tears (MR)
(03:24, Single, Digital, selfrelease, 28/01/2022)
In their dark and calm new single, Luxembourg-based Ptolemea present an impressive double vision. By observing the beauty and the power of nature on the one hand, and one's inner self on the other hand, a wholistic, melancholic, and yet sublime mood is conveyed by the song. This occvlt Alternative Rock anthem brings pain and joy, universe and self in line.

dianacrawls / Botfly - Split (MR)
(10:58, EP, No Funeral Records / Fresh Outbreak Records, 28/01/2022)
The first two songs 'La Philosophie de la Verdure c'est fini' (French: 'The Philosophy of Greenery is over') and 'Seroquel is Love' have been written and recorded by Québéois Post Hardcore and Sceamo band dianacrawls. With their aggressive, extremely emotional style, and plenty of changes in tempo and metre, they throroughly churn the listeners. The final track 'On Nihilism' by Noise band Botfly though is an atmospheric and melancholic dive into realms where nothing matters anymore. This amazing Split might not be a good fit for every situation but it is great nevertheless.

Голуби и Безумные Кашевары - Нора (MR)
(41:50, Album, [addicted label], 28/01/2022)
A total of thirteen musicians undertook the recording of the sixth album by Голуби и Безумные Кашевары. The release's title "Нора" is the Russian kyrillic notation of the name "Nora". The band from Russian metropolis St. Petersburg has called themselves Pigeons and Crazy Cooks, and together they create stunning avantgardist soundscapes that combine Psychedelic Rock, Prog, Kraut, Folk, Jazz, and cold. These eight tracks are a thrilling sonic adventure.

Possessor - The Speed of Death (MR)
(12:43, EP, CD/Cassette/Digital, APF Records / Interstellar Smoke Records, 28/01/2022)
You might be familiar with the speed of light, the speed of life, or the speed of love. But never mind thos beause this is "The Speed of Death", a three-song monster of an EP by Possessor from London, England. Whenever you encounter a beast like this on the road, better think of Bruce Dickinsons words: 'Be Quick or be Dead'!
With high velocity and vast brutality, Possessor alloy Sludge, Thrash Metal, and some D-Beat Hardcore Punk. The result is heavier than the Tsar Bomb.

Milquetoast - Caterwaul (MR)
(34:41, Album, CD/Cassette/Digital, Wise Blood Records, 28/01/2022)
Final release in this episode of Fresh Mango is the lates full length releases "Caterwaul" by Sludge Punk trio Milquetoast from Indianapolis, Indiana. For half an hour, the band lets the fuzz and devil reign over a fantastic and destroyed world. Somewhere between Stoner, Punk, Garage Rock, Surf and Sludge, between infernal brutality and sarcasm, between aramgeddon and stoned parties at the beach, Milquetoast know how to entertain. 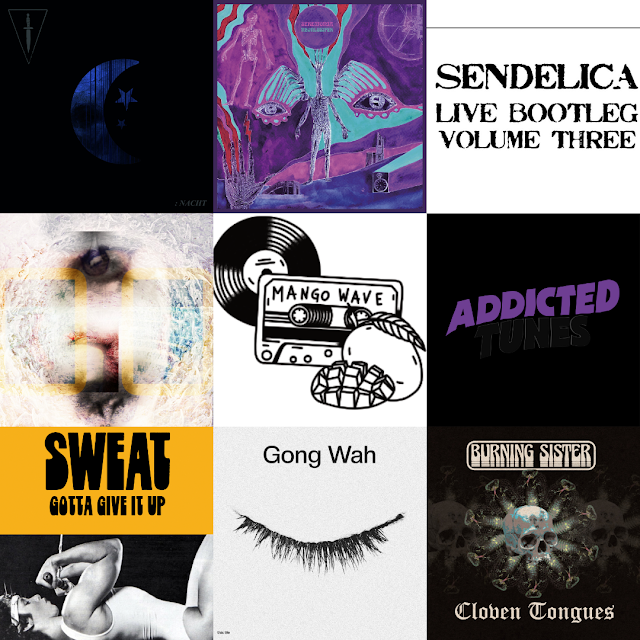 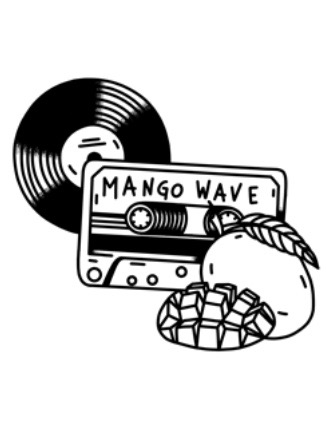