- January 15, 2020
Dhármico are a six-piece band San Felipe in Región de Valparaíso, Chile. And if you also heard of that name for the very first time, I hope you will pay close attention now because there is some amazing experimental and psychedelic Rock Music to be discovered here! 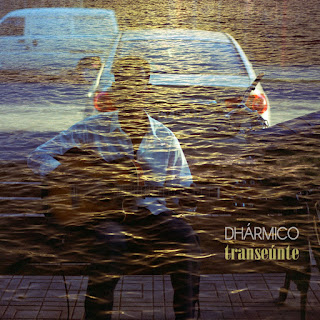 "Transeúnte" is the name of Dhármico's second long player. Their first album "Yevide" was released four years ago. Like the debut their new album is released by a cooperation of Chilean label Experimentos Rurales, Peruvian label Necio Records, and Argentinian label Chancho Discos. The seven new tracks were recorded at Estudio Riff, San Felipe under the supervision of Pablo Barra.
The outcome are about 48 minutes of soft but dynamic, experimental but catchy, psychedelic but sunny Rock.
The contents which are addressed in the lyrics on "Transeúnte" are of serious kind. The contemporary situation of individuals, society, and environment are called out. Hence, singer Katherine concerns issues of climate change and the ongoing droughts in South America as well as globalization and its effects on people or class. But problems of gender are not omitted either and thus, the struggle for emancipation or the right to abortion is dealt with, too. Dhármico have created a strong and forceful political album which makes me wish my Spanish was better... 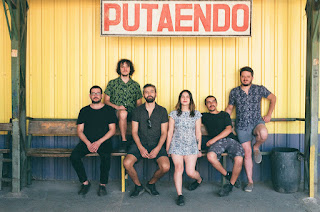 The musical backbone of "Transeúnte"is built on intelligent Prog Rock foundations. Dhármico insert penty of psychedelia to their arrangements via Dream Pop effects and many echoes. Further effects are of rather experimental nature, and they easily pop up between warm and soft guitar riffs and Katherines gentle singing voice. Keyboard, bass and guitars built up huge landscapes of warm, free and mild sceneries. Drummer Fernando though prominently throws in fills and sophisticated breaks where you do not expect them, even though they absolutely fit. 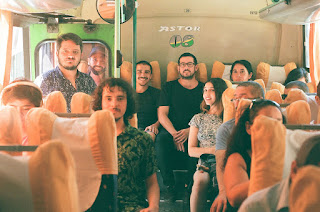 The PsychProg experience Dhármico introduce with their second album is a holistic approach to the issues of our contemporary existence wrapped up in gorgeous soundscapes. The sunny atmosphere conveyed by the seven tracks somehow reminds me of Between Owls alhtough their styles don't resemble at all.
Dhármico's "Transeúnte" is catchy, intelligent, stunning, hypnotizing, and most importantly, unique. A beautiful piece of Prog and Psychedelic you should actually check out.

Picture Credit: The Mummy Cats   The Mummy Cats - Wolverine Release Date: June 18, 2021 Length: 03:57 Genre: Progessive Post Rock / Alternative Rock Origin: Birmingham , Alabama , USA Is it not fascinating what Craigslist has made possible since the site started in the 1990s. The number of interesting, beautiful, weird, funny, or heart-warming stories or situations connected to the platform are enumerable, and founder Craig Newmark might still be astonished sometimes. Nevertheless, this is the story of James Cox , who used to work as a power tool salesman in Tennessee and then moved back to his home town Birmingham, Alabama to focus on his major passion music. Via Craigslist, Cox got in contact with guitar player Morgan Liveoak . The two musicians realized that they talked the same language when they were jamming and creating songs together – it was a match! After one and half years of creative and productive work, James Cox and Morgan Liveoak decided to start releasing their musi
Read more