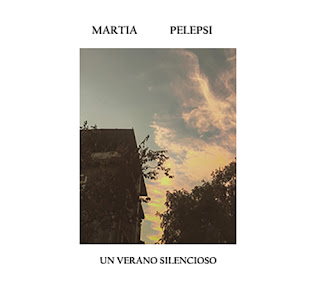 "Un verano silencioso" - a silent summer. This title is a dedication to the 12 months between late 2018 and late 2019. It was a time in which silently but steadily the silence about growing injustice in Chile vanished. It was a calm before the storm which we still feel today. It was a silent but tense era while people in Chile organized, supported each other, and asked themselves how much longer they can stay silent. 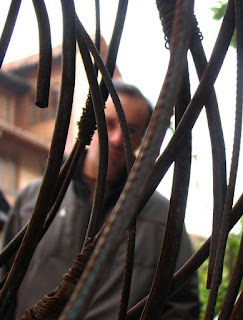 "Un verano silencioso" also the name of Carlos Torrejóns first solo album. The Chilenan artist has played a lot of Noise and Rock with bands such as Fosfeno, Am Battom or Lovecraft within the last three decades. The idea to record an instrumental Post-Rock and Noise album came to him in 2017. But after some attempts to do so with former band colleagues, Torrejón aborted the mission. Instead, he locked himself up with instruments and recording tools which led to the release of his project Martia Pelepsis first album "Un verano silencioso". 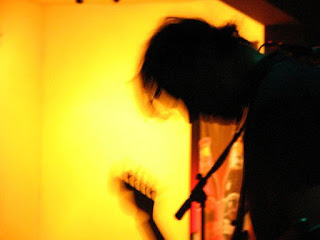 Martia Pelepsi stands for calm, minimalistic and somehow Noise-influenced Post-Rock. Torrejón himself calls the style of Martia Pelepsi "Somatic Post Rock", a term I can easily agree on. With the guitar always being the main protagonist of each song, multiple minimalistic spheres of drum computer, keys and synthies, as well as glitch noises shimmer through the air and interact with each other. 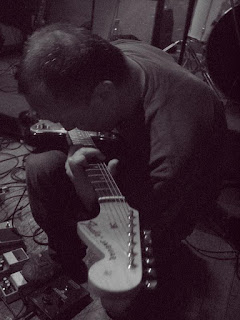 As the guitar echoes, loops and effects itself through wide areas of thoughts, feelings and emotions, it becomes obvious that the six-string is Torrejóns main instrument. With a wholesome delicacy of feelings he has created beautiful soundscapes around his guitar tracks. The huge variety of layers made from digital sounds and noises makes it easy for the listeners to get lost in Martia Pelepsis songs. Hypnotizing waves attach to your synapses and take you on a journey through ages, spheres, and feelings. 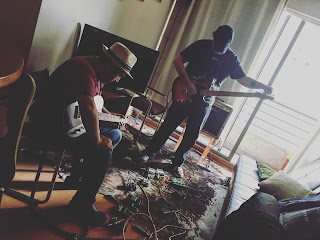 Contemporarily the somatic and noisy Post Rock experience can only be consumed digitally via YouTube or Bandcamp. Physical copies will be available in February 2020 via Santiago-based Studio Haskuva.

Martia Pelepsi and their Rock Sómatico on "Un verano silencioso" are a stunning and mesmerizing experience. The artists knows how to catch and enthrall the audience. The mixture of early-day electronic music with gloomy Post-Rock and multi-layer minimalism is sheer amazing. "Un verano silencioso" is set between tension and meditation, between relaxation and uprising - a beautiful album for both, slow dances and serious occasions.

Picture Credit: The Mummy Cats   The Mummy Cats - Wolverine Release Date: June 18, 2021 Length: 03:57 Genre: Progessive Post Rock / Alternative Rock Origin: Birmingham , Alabama , USA Is it not fascinating what Craigslist has made possible since the site started in the 1990s. The number of interesting, beautiful, weird, funny, or heart-warming stories or situations connected to the platform are enumerable, and founder Craig Newmark might still be astonished sometimes. Nevertheless, this is the story of James Cox , who used to work as a power tool salesman in Tennessee and then moved back to his home town Birmingham, Alabama to focus on his major passion music. Via Craigslist, Cox got in contact with guitar player Morgan Liveoak . The two musicians realized that they talked the same language when they were jamming and creating songs together – it was a match! After one and half years of creative and productive work, James Cox and Morgan Liveoak decided to start releasing their musi
Read more