- March 18, 2020
During my research on Left Hand Black I first found a Danzig/Misfits Tribute band from Ohio and I was like "oooh nooooo, please!". Fortunately, it turned out I was wrong. Instead, I'm reviewing the Swedish band Left Hand Black. The quartet from Gothenburg has formed from the ashes of The Dead Next Door and dedicated themselves to Horror Punk. 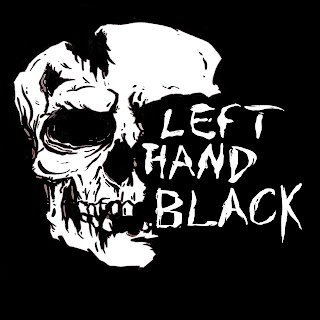 Johan, Jonathan, Hand and Anton, also known as Left Hand Black will release their selftitled debut album at the end of March 2020 as CD, LP and digital copy via Wolverine Records. The release contains less than half an hour divided into 13 tracks. Of course. Music-wise a fast and raw version of Punk'n'Roll or Punkabilly is presented - typical Horror Punk one could say. Luckily, Left Hand Black add a lot of Trallpunk to their music which makes it a lot more interesting.
The first album by Left Hand Black sounds a bit as if Michale Graves had met Asta Kask at a funeral, mixed their beer with bat blood and vodka and suddenly started jamming. If it was not for the Trallpunk influence, Left Hand Black would most likely be just another Horrorpunk band that somehow sounds like the Misfits. With their refreshing mix of Swedish Punk Rock and gory Rock'n'Roll Left Hand Black will likely make fans of Horror Punk very happy and other Punk Rockers cannot go wrong by adding this album to their party list. 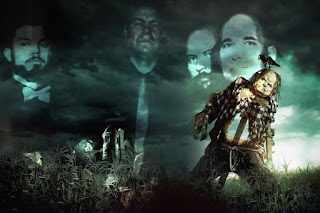 Picture Credit: Tarah Who? Tarah Who? - Manners Release Date: February 19, 2021 Length: 03:39 Genre: Raw Grunge-Punk Origin: Los Angeles (California) , USA Tarah Who? No, that is not a question but a band. Tarah G. Carpenter (vocals, guitars, bass) and Coralie Hervé (drums, backing vocals) together are Tarah Who?, a Los Angeles-based duo producing a powerful mix of Grunge and Punk Rock. The Californian duo has released two full-length album and three Eps so far, and contemporarily they are coming down the stretch to their third album “Exposed” which will be out on 09 April, 2021. “Manners” is the second ex ante single from their new album after “ Swallow that Pill ” which was released earlier this year. The lyrics in “Manners” concern the double standards of so-called good manners that are taught by preachers and religious families. Tarah Who? confront the hypocritical values that are regarded as being basic treats of behaviour for good people, but actually reproduce inequality an
Read more