3 great new releases - 3 short reviews.
If available on Spotify, one song each will also be added to the MangoRotation playlist (MR) for 14 days. 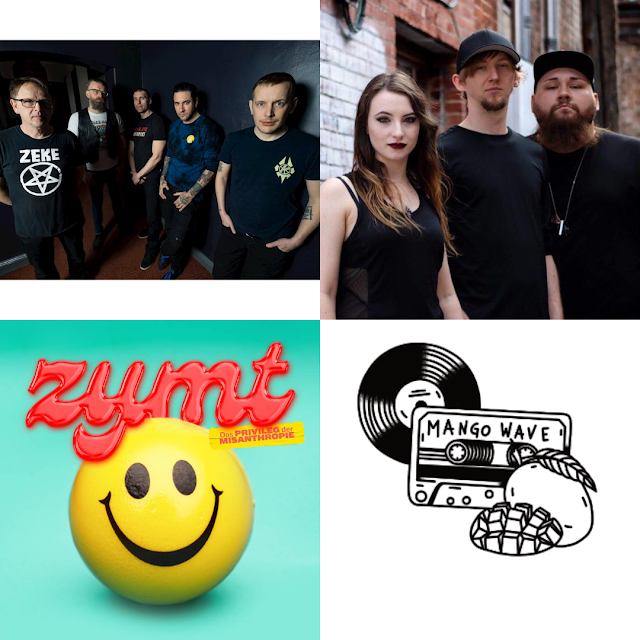 No Fun At All - It's not a Problem (MR)
(02:25, Single, Digital, SBÄM Records, 22/07/2022)
It might have been one of the greatest news for fans of Skate Punk when Swedish quintet No Fun At All reunited in 2021. A tour on which the Melodic Punk legends played their greatest hits should only be the beginning of something really amazing. Now, No Fun At All have presented the first single 'It's not a Problem' off their upcoming full-length album to be released via Austrian label SBÄM Records.
Within less than two-and-a-half minutes, No Fun At All prove that they have not lost a bit of their energy, Instead, 'It's not a Problem' is a full-body workout made of Hardcore, Skate Punk and high velocity. Get your decks and wheels ready for No Fun At All are about to bring you the soundtrack for day-long sessions at the skate park.

SOARE - Sidewinder (MR)
(03:45, Single, Digital, selfrelease, 22/07/2022)
Wyoming' SOARE are an aspiring young band that successfully stirred up the local scene since the band's forming in 2018. Now 'Sidewinder', the opening track from 2021's debut album "Anthropomorphic Demons", has received its own music video that beautifully emphasizes the energy of this song.
The song is a great poster child for everyone who has not heard of SOARE so far - and for everyone else likewise. The band from Wyoming presents their unique alloy of multiple Rock, Metal and Hardcore genres. The result is a self-confident sound that is raw, sharp and edgy on the one hand, but does not hesitate to show soft or emotional sides on the other. It may need some further refining which should be no problem for the talented young group in the near future.

Zymt - Das Privileg der Misanthropie (MR)
(18:57, Album, Vinyl/Digital, Spastic Fantastic Records, 22/07/2022)
Zymt is not only an idiosyncratic way to write the German word Zimt (cinnamon), it is also very likely the last band in any alphabetic order. Zymt consists of Spastic Fantastic musicians who have played with bands such as Sidetracked, NXD, Willy Fog, Mann kackt sich in die Hose, ...
In 2022, Maz, Jonas Francis Karate, Rakete, Chris, and Achim Schlaffke from Dortmund and surrounding Ruhr area cities present their brandnew sound which can be located between Trashcore, Nue Deutsche Welle, Garage Rock, Punk Rock, and inanity.
Although coherence may not be omnipresent "Das Privileg der Misanthropie" is a 19-minute party for joyrides, a bottle of beer (or two), savage moshpits, or for embracing doom. The high level of party bangers such as 'Was kannst du für Armin Laschet tun?', 'Gonzo-Zeit' or 'Sprengschlamm' cannot be maintained over the course of the album. Neverthless, Zymt provide us with entertaining moments for a good time.

Fresh Mango No Fun At All SOARE Zymt