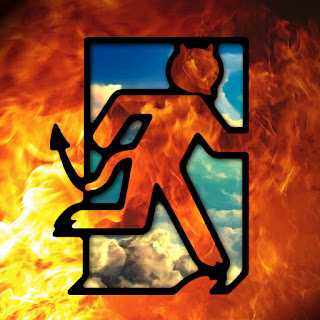 Back in the year 2000, James Fogarty's project Ewigkeit recorded their third album "Land of Fog". Two decades later the musician who is also know for his work with In the Woods..., Jaldaboath, and Old Forest is giving us the pleasure of a re-production of his powerful and versatile album. His "Land of Fog 20/20 Revision" features around 40 minutes of Black and Progressive Metal.
Since early February 2020 the new release can be streamed on Spotify or purchased as a digital version. A physical copy will available in March in form of a digipack CD via Death to Music Productions. The CD will feature four tracks of the original demo from 2000 as well as an unreleased song. Thus, it is definitely worth investing some coins in the purchase of the haptic format of the third re-release by Ewigkeit.

"Land of Fog 20/20 ReVision" is a powerful, somewhat cynical, unique work of Progressive Black Metal. Symphonic arrangements merge into high-speed staccati which float above highbrow Prog themes. Fogarty satirizes Black Metal without ridicouling it. The raw riffing is masterfully woven into the symphonic instrumentals without sounding pathetic. Ewigkeit easily manage what Cradle of Filth still struggle with.
Besides the progressive and symphonic additions the Black Metal Ewigkeit play remind me of the genre's early days. Milling heavy riffs stomp with great power while high-pitched staccati flirr above them like veils of fog. The vocals are partly chanted and mostly uttered in a deep rattling narrative. Fans of bands such as Bathory, Darkthrone's "Soulside Journey" or Attila Csihar's Mayhem will love this. 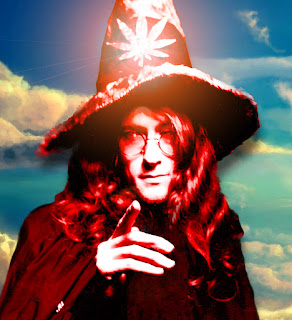 Ewigkeit manage an amazing balancing act. The satirical display of serious music styles in a manner that actually can be taken serious is rare. Probably, this is one of the aspects that amaze me the most when listening to "Land of Fog 20/20 ReVision". Also, I am really glad that this re-release made me aware of the project. Ewigkeit's third album is a great recommendation for Black Metal fans who like symphonic and melodic additions (despite Dani Filth) and for Prog Metal fans who can take some frostbite.
2000 2020 Black Metal Brighton Death to Music England Ewigkeit James Fogarty Progressive Black Metal Progressive Metal Re-Issue Review