- February 28, 2020
Let me introduce you to The Daves. The Daves are four musicians from Los Angeles who are probably called Dave,  Dave, Dave and Dave. But I'm not sure about that. As far as I know the band uploaded a first loose compilation of songs on Spotify in late 2019. The selftitled EP helps waiting for the upcoming EP called "Daves of our Lives". 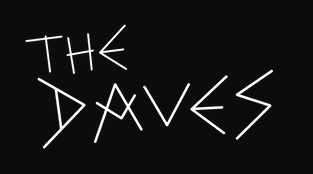 "Daves of our Lives" is a great collection of dirty ass Punk Rock that somehow relates to the Northern European Death Punk. The backbone of the EP's dynamics is Dave's intense work on the drums in combination with the heavily rolling bass guitar played by Dave. The other half of the band adds to the energy by rusty and crunchy Rock'n'Roll riffing and thirstily rough vocals. This is pure fuckin' Punk'n'Roll! I love it.
In the opener 'Garden under the Stars' The Daves play a beautiful drunk hymn to hedonism. As the chorus "I want to get in trouble!" kicks in, I am assured that one day I wanna go out on a pub crawl with The Daves.
On about 13 minutes the band plays their four new songs by mercelessly rolling over everything that could be in the way. Drunk Rock like a jackhammer makes it impossible to sit stand still. "Daves of our Lives" calls for action, pogo dancing, plundering, arson, getting drunk, and drinking. 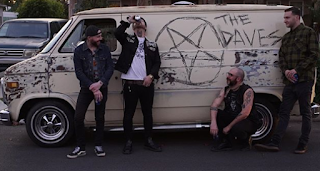 On their website The Daves suggest you to book them for your family events. I highly recommend that. Also, can I book you for my funeral?
I am repeating myself, but this EP is a grand party and it also makes me really thirsty. If you don't appreciate this musical middle-finger, you're the one it's raised at.