- February 14, 2020
My first encounter with Stockholm-based band was at last year's Tonzonen Labelnight. The Swedish quartet were the last band playing at that event after Nazca Space Fox, Pavallion, and The Spacelords. By playing their easy-going, sophisticated and heavily jamming Psychedelic Kraut Jazz Automatism proved that they absolutely fit the Tonzonen label. Also, I felt like the band members' faces looked familiar to me. Apparently they did, as Automatism consists of musicians playing with Kungens Män, New Rose, and Fanatism. 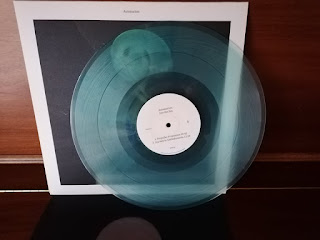 Automatism's fourth release "Into the Sea" was recorded at Svartsjölandet Studio and released via Tonzonen Records in autumn 2019. The modest but gorgeous cover artwork done by drummer Jonas Yrlid contains a shiny record with four tracks and a playtime of around 40 minutes. The A-Side starts off smoothly with jazzy tunes on 'Propeller Propulsion' which easily merges into second track 'Journey to Satchidananda' - a 13-minute hommage to Jazz legend Alice Coltrane.

The B-Side commences with rather dynamic and blues-ridden dynamics and the song 'Standing Wave'. Driven by a strong walking bass and less jazzy rhythms than on the A-Side, guitars and synthesizers hover and shimmer through the air in beautiful pirouettes and artistic maneuvres. Towards the end of this song Automatism spiral into a a self-enhancing jam and do exactly what makes this band so special to me: they turn simple Blues or Jazz jams into an incredible vortex of Psychedelia. 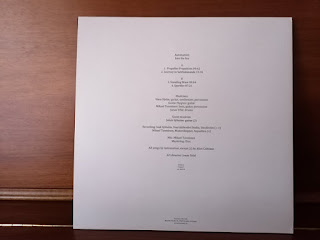 "Into the Sea" appears to be smoother and more experimental than what I heard from the band so far. The final track 'Sparkler' underlines this experimental the most, and even may remind of Слово Мира a little. Automatism definitely have added a lot more Jazz to their music and abandoned the butt-moving Blues influences instead. Does it do them any harm? Not at all! 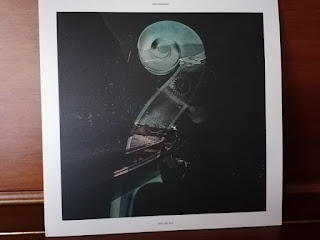 "Into the Sea" is a relaxing, meditative and sophisticatedly beautiful piece of Psychedelic music. I will give it the label Psychedelic Krautjazz, and rate it 10/10. Put this record on, close your eyes and let the magic happen. You will experience beautiful journeys from the highest mountains into the depths of the sea, and from one edge of the universe to another. Automatism have definitely pushed themselves up for several levels by recording this amazing record.