Benjamin Adair Murphy is showing us a side of Blues music that definitely needs more attention. The artist from Mexico City has released his recent album "Let's make a King" which was produced and recorded by Roy Gurel this summer. Songwriter Murphy has created some striclty honest and solid Blues with a certain tendency towards Blues Rock. And yet, without closer listening you will come across the fact the this is not the Blues you first expect.

You might not immediately step into your dancing shoes to the sound of Murphy's "Let's make a King". First reason for this is the dark colours with which the artists paints his narrative. Low tunes and mid-to-slow tempi coin the majority of the dozen songs on the album. The musical themes and motifs create a deep, heavy, gloomy and dark atmosphere. Still the sounds are sweetly harmonic and soulful. On top of these poignant soundspheres there is the artist's stunning voice. Murphy partially sings in a smooth and clear voice, like in the Country duo 'How are we doing on Time?' with Allison Langerak. Even more stunning is when the vocals are presented in a deep and rustling voice that reminds me of the great Tom Waits.

The second dominant feature of "Let's make a King" are the impressive lyrics. Benjamin Adair Murphy is extremely political on his new album. The songs concern U.S. politics, the abuse of Christian values, war, the consequences of Trump's impact on the world, racism, gun control, or the social acceptance of modern fascism around the world.
And I must say, there is a difference between a Punk Rock band or a street musician addressing these topics on the one hand, and hearing it from a sharp-dressed Blues musician on the other. "Let's make a King" is an album that hopefully reaches a wide audience and distributes two major messages:
1) this world and the society that inhabits it urgently need improvement and more love,
2) the fascists must never win.

And after all, it is an amazing Blues album. Murphy and his seven guest musicians have created a dozen of timeless Blues hits full of darkness, resilience and hope. 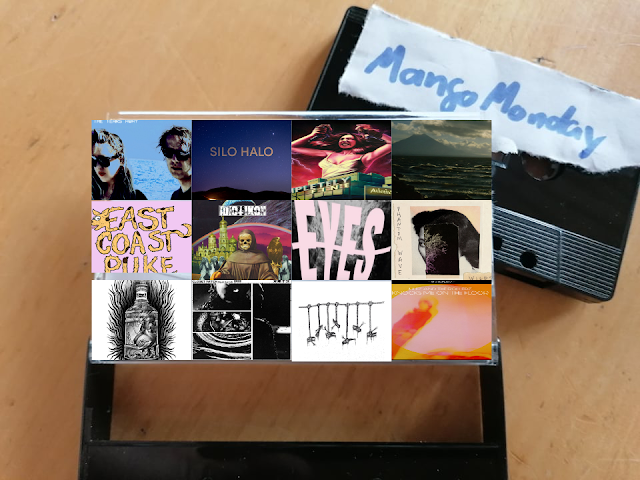